Yes, show me how!

Should I pay for Mortgage Payment Protection Insurance?

Should I pay for Mortgage Payment Protection Insurance?

What is Income Protection Insurance?

What is Income Protection Insurance?

Do I Need Short-Term Income Protection?

Do I Need Short-Term Income Protection?

Do you need life insurance?

Do you need life insurance?

Is it worth getting Critical Illness Cover? 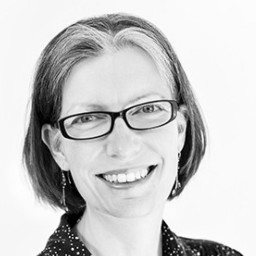 Once known as Dread Disease Cover (yes, really), Critical Illness Cover pays you a lump sum if you’re diagnosed with a serious condition that’s stated in your policy. This payout is tax-free, so could be useful for paying off debts such as mortgages, covering major outgoings, or making adjustments to your home. It’s often sold with a life insurance policy and recommended to people with large financial responsibilities.

In this post, we’ll look at what’s usually included in Critical Illness Cover. I’ll explain how it works and help you decide whether it’s right for you.

What is Critical Illness Cover?

Critical Illness Cover (CIC) is an insurance policy that pays out a specified tax-free amount in the event of a major medical diagnosis or event.  The Association of British Insurers cites the core conditions as:

Whether you’re covered depends on the severity of your condition. For example, easily treatable forms of cancer might not be included. Many other less common illnesses and injuries are included, too, such as Motor Neurone Disease, loss of limbs, and kidney failure.

You decide how long you want the policy to last and the size of the payout you’d require. The cost of premiums is based on risk factors such as your age, lifestyle, and job. Usually, any pre-existing conditions aren’t covered.

For impartial guidance on working out how much cover you need, take a look at the Money Advice Service guide.

Most policies pay out only once and don’t cover death. But some providers offer a combined CIC/Life Insurance policy. There are two types of combined policy:

Accelerated – the insurer pays out on only one of the events – so either if you’re diagnosed with a critical illness/injury or if you die. Once you’ve claimed for critical illness, the policy ends.

Additional – the insurer pays out for both events. Even if you’ve claimed for critical illness, there’ll still be a payout on your death. This type is more expensive.

Do you need Critical Illness Cover?

As with all insurance, you’re hoping to never need Critical Illness Cover. But it could be worth considering if you have dependents. According to the Association of British Insurers, every year 1m workers in the UK are unable to work due to injury or illness.

Before setting up yet another direct debit, think about what you really require. For instance, do you have a robust sick pay policy through your employer? Some organisations, especially in the public sector, will give you six months’ full pay if you’re unable to work. Perhaps you already have substantial savings or other assets that would support you.

And is a lump sum appropriate? A guaranteed monthly amount. Also, you need to make sure you’re covered for less serious conditions that prevent you from earning a living. Income Protection Insurance could be a viable alternative or addition to CIC.

If you decide to go ahead, read the small print on any policy you’re considering. As this is a complex area, you could end up paying for a policy that’s worthless or not quite what you expected. Advisory brokers, although slightly more expensive than going direct to an insurer, can give you expert advice and guide you through some of the complexities. Visit MoneySavingExpert for recommendations. You could also consult an Independent Financial Advisor if you’re looking at insurance during a wider review of your money situation.

Whatever you do, please make it a considered decision rather than an oversight.

This post is for information only and does not constitute financial advice.